Today was an amazing event in Santa Fe, the purpose of which was to call attention to the timely and urgent subject of climate change.

To explain the background story further, 20 locations around the world were selected to participate in "art actions" to call attention to climate change, satellite images of which will all be projected worldwide and watched by the attendees at the upcoming Cancun climate change summit. Santa Fe was one of only 5 communities in the United States selected to take part, and we were all excited to be part of such a great event, where Indian, Anglo and Hispanic citizens were all well represented.

"The Santa Fe Art Institute, in coordination with Bill McKibben’s 350.org, an international campaign dedicated to building a movement in response to the global threats of climate change, is spearheading the New Mexico project, which is one of five U.S. sites out of 20 global locations. 3,000 community members will carry and flip blue-painted recycled cardboard to compose the FLASH FLOOD in the dry bed of the Santa Fe River, which has been designated as one of America’s most endangered rivers. The art action and aerial design will be visible and documented from outer space via satellite. The FLASH FLOOD will be projected worldwide alongside the 19 other global aerial designs as part of the Cancun Climate Change Summit, November 29 – December 10, 2010." 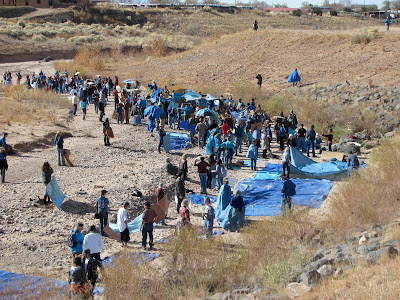 So, between 10:53 and 10:56 pm, we created a "living river" as the satellite passed overhead. Meanwhile, news helicopters and cameras on a 5-story high crane shot video and still photos of this spectacular community event. 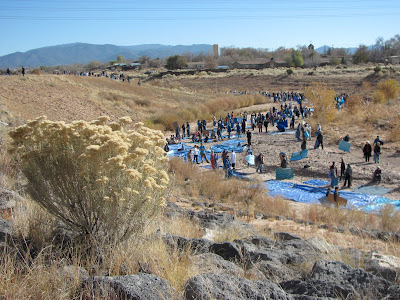 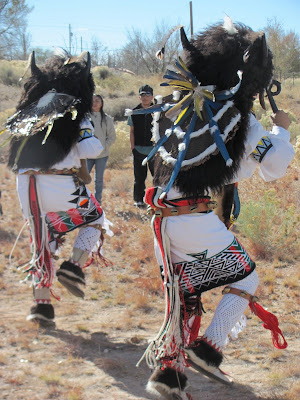 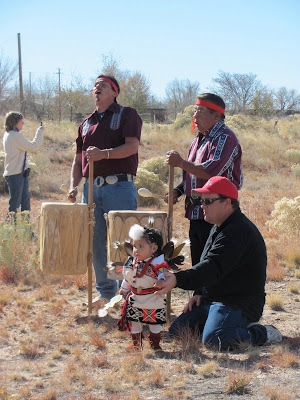 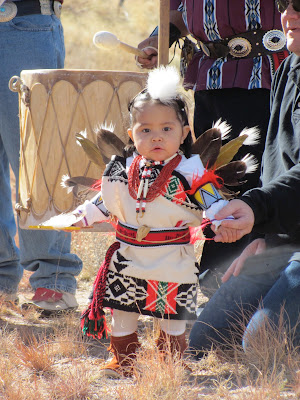 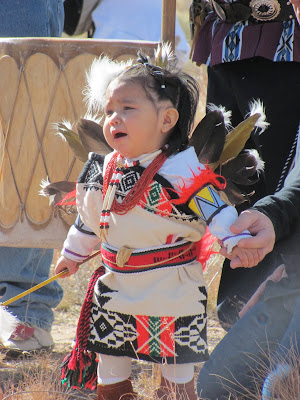 There was even a local Mariachi band...... 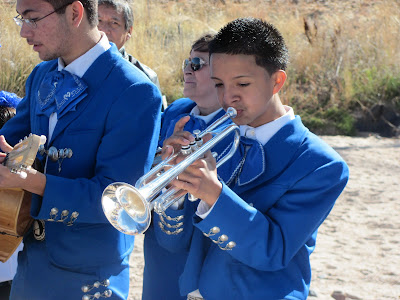 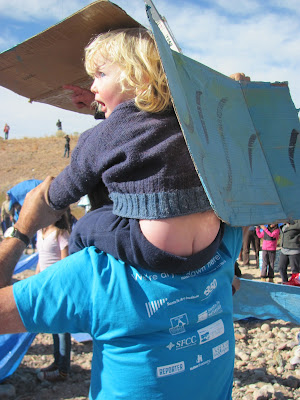 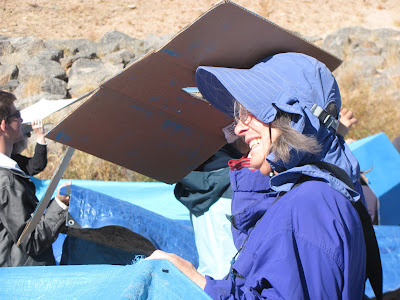 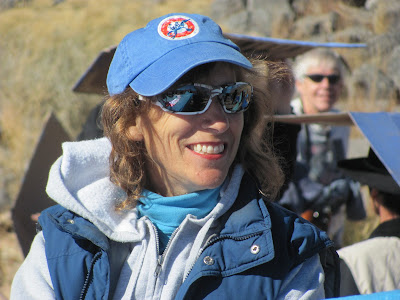 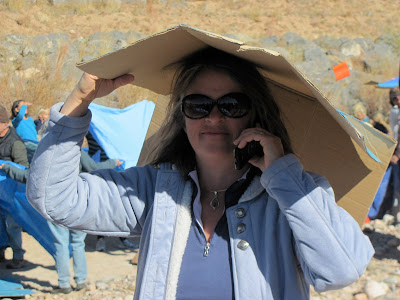 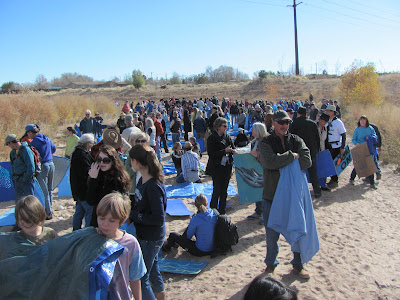 We're grateful to the Santa Fe Art Institute for making this event a reality, and we hope that we contributed, at least in small part, to a growing global movement bringing the issue of climate change to light. 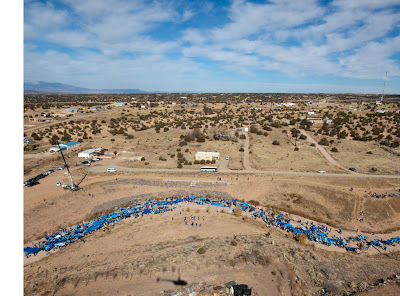 Posted by Laughter Incorporated at 3:26 PM