We're Back From the Gila Wilderness!

Well folks, we've made it back alive from the remote Gila National Forest north of Silver City. We realized after our arrival to our remote campground that we had no cell phone or internet service up there in the middle of nowhere. This is par for the course, but we truly enjoyed having a two-day "digital delay", even though Keith had to go through some initial withdrawal symptoms! 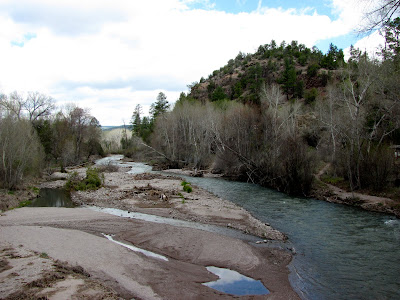 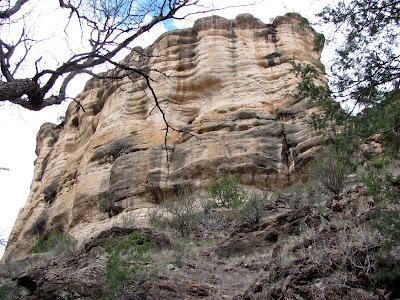 Our campground was located just above the Gila River, which is running fast and deep this spring after many inches of snow. Just ten feet from the river are natural hot spring pools that are the hottest and most pristine we've ever seen. They are lovingly tended by a resident artist and manager who redecorates and beautifies the area every year with natural sculptures and fountains. 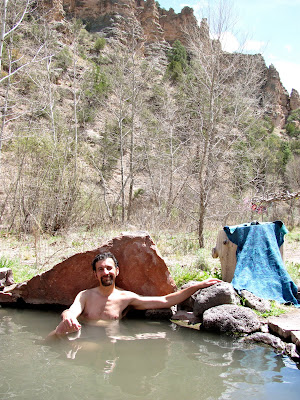 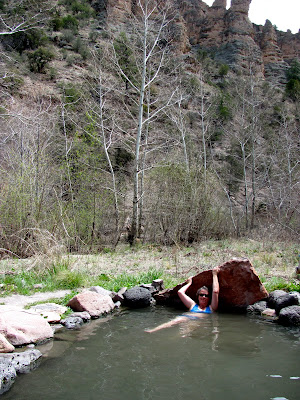 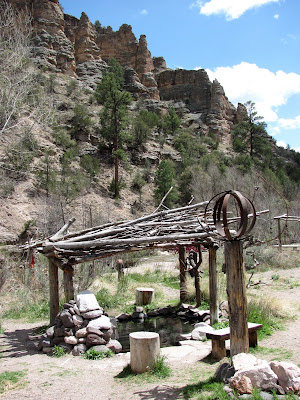 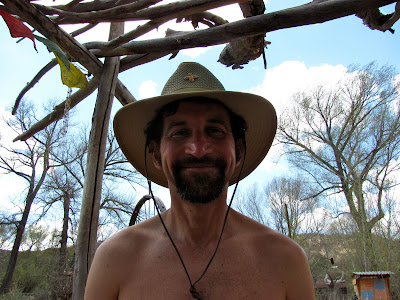 We also biked and hiked to the amazing and remote Gila Cliff Dwellings, a national monument where the Mogollon (pronounced "Muggy Own") tribe lived in the 13th century for approximately twenty years before vacating the caves, most likely due to a severe drought. Apache then lived in the caves until European settlers burned down the roofs of the Mogollon homes. 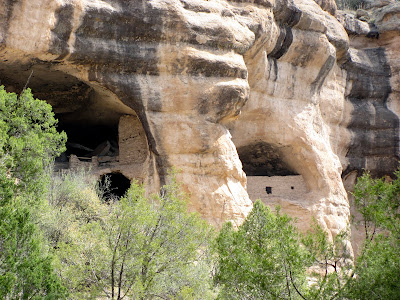 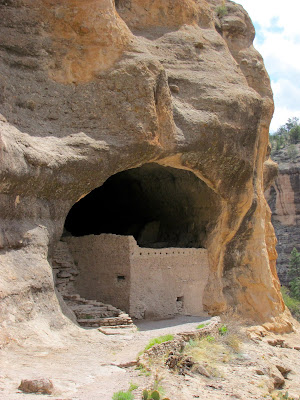 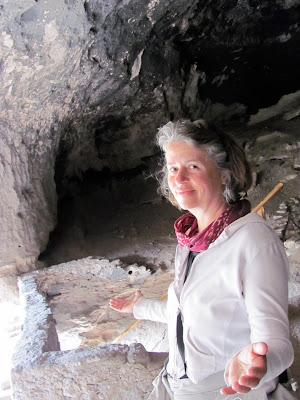 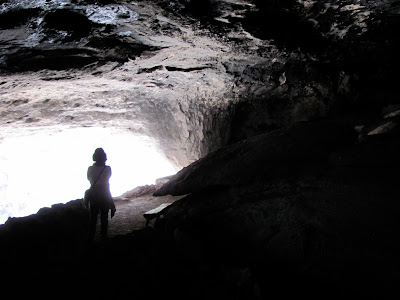 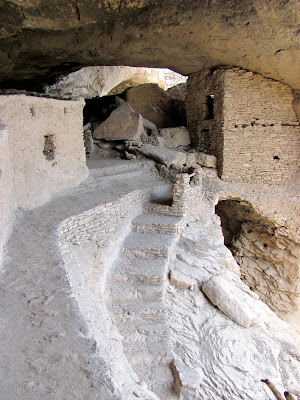 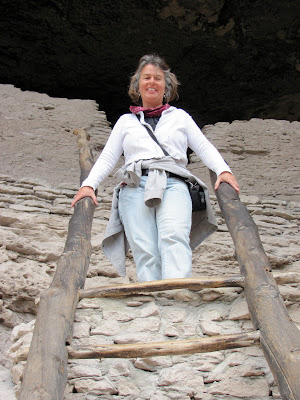 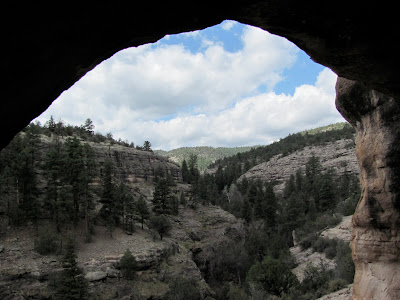 This area of New Mexico is a verdant and diverse bioregion with three different climate zones within a small area. We walked through forests of Ponderosa Pine, yucca, cacti, juniper, and cottonwood, plus a plethora of other flora and fauna. The entire experience was like a walk back through time, and we left Gila feeling wonderfully alive and happy.

Unfortunately, after returning to a campground in Silver City, Keith was summarily bitten by a neighborhood dog who was running amok just down the street. 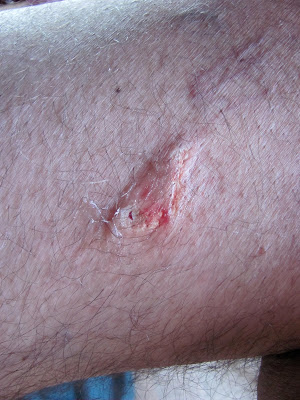 After the dog's owner blamed Keith for the entire incident, we had no choice but to involve the local Animal Control Officer, who seemed to only side with the dog's owner. Taking matters into our own hands, we bought a gun at Wal-Mart....But seriously, folks, we ended up involving the Silver City Sheriff who handled matters quite expediently and assured us of the dog's current vaccination status. He was intent on citing the dog owner, charging him with a hefty fine for his dogs running wild, especially after having his squad car chased by the same pack of hounds. Fortunately, Keith's wound is healing well and thus far he's not foaming at the mouth!

Stay tuned for even more fun on the road!

---Mary and Keith
Posted by Laughter Incorporated at 11:59 PM